The Taboo Revue is Vancouver’s biggest and longest running Burlesque show featuring over 20 incredible dancers, comics and singers. Come see the troupe that the world is talking about! This sexy and hilarious show features singing, dancing, comedy, and, of course, striptease!

“Minute for minute, this is a funnier production than SNL or Mad-TV, with a high-caliber of choreography, costume design, and writing.” - Muhammad Amir

ABOUT THE SHOW!
Doors open at 8pm with shows starting at 9pm. Seating is by general admission so arrive early for the best spots. A licensed bar is provided by the Wise Club throughout the show and the downstairs lounge is open for drinks before and after the show (often a great place to meet cast and crew). The venue comfortably seats 200 with fantastic sightlines to the large stage so you won't miss one bit of the action. Located just off of Commercial Drive on the corner of Victoria Drive and Adanac Street the Wise is near both the Commercial and Hastings bus routes with ample street parking in the neighborhood.

Our fans tend to be really fun people and it's not unusual to see them adorned in anything from evening gowns to nearly nothing at all. We definitely encourage dressing up to be part of the fun - it doesn't matter if it's formal wear, costume, vintage, burlesque or anything else your creative mind can conceive.

The Spectacular is a great place for birthdays, staggettes or just a ladies' night out. Group discounts and reserved seating for parties of eight or more. Contact Norm Elmore (604-779-7782 or norm@screamingchicken.net ) for more info or to make arrangements.

NOTE: No one under 19 years old will be admitted. 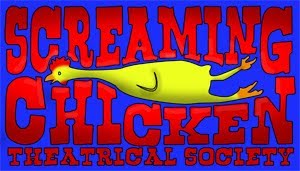